Peg And Ed Get Married 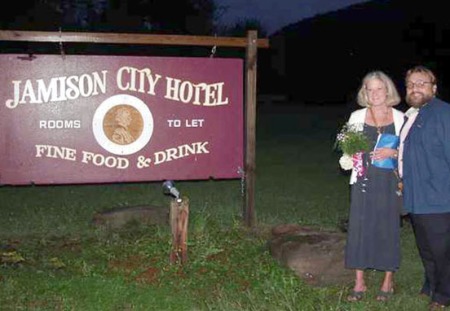 My sister, Peg, is a contrarian. An introverted petite blonde, stunning and smart, she never wanted to be a wife or a mother. But then she turned 60 and her health insurance premium (individual plan) jumped from $500 to $1,200 a month. So she did what she could to keep herself insured. She decided to marry Ed, with whom she had lived for the past 28 years. He had a job with health benefits. Oh, we joked, hope you aren’t rushing into something. Do you really know him?

Ed describes himself as a poseur, a charlatan, and a gourmetician. To contrast her size 2, he is short, round, size 50, a gregarious Sicilian; also a former restaurant chef and now teacher of the culinary arts. In Philadelphia, where they live, Ed is a sort of Pied Piper. People come from doorways to greet him as they walk down the streets. He spends an hour in a sausage emporium on 9th Street in Little Italy talking to the “regulars” while Peg is around the corner, alone, puffing a Marlboro regular. “To marry or have health insurance—I picked marriage, a Hobson’s choice,” Peg said. “So—let’s make it an ironic wedding.” Ed replied, “Anything you want dear.”

Peg insisted on secrecy, so the site she chose was a mountaintop in north central Pennsylvania where we had spent our childhood summers. An old friend there, Al, a retired clergyman, agreed to conduct the service. Aside from me, the only other participants would be Dick and Judy, a couple we had also known as children on the mountain. That was it. No fuss, no cake, no expense, and none of the friends from Philly, who would hear about it later. At the rehearsal dinner, which was held at Dick and Judy’s cabin, we all drank too much wine and annoyed an abstemious Al by making up vows that pressed hard on the irony concept. In fact, Al got a bit huffy and left after Ed said that he would take this woman in holy matrimony only if she agreed to wash her cereal bowl and forsake country music.

The next day we stood in front of Reverend Al’s fireplace, ready. He had brought out his best cut glass wine goblets and a decanter of communion sherry. Judy had picked the wedding bouquet in the woods, an armload of blooming ragweed. Al wore his full black clerical garb and, caught up in the mood of irreverence, rubber flip- flops. We milled around a bit and then Peg, wearing denim, hugged the raspy flowers as Al began the ceremony. As he intoned, I watched a hummingbird at a feeder outside his window, and when I turned back I saw liquid reflecting light off Ed’s eyes. Peg’s eyes were glazed, like a cat full of tuna. Al was reading the traditional vows and they were answering—in tradition. This was a wedding. After Ed kissed the bride, Peg tossed me the ragweed and we stood around not knowing what to say but feeling rather graceful. Ed opened a bottle of vintage champagne from the year of Peg’s birth to find it had turned to vinegar. No one said, How ironic. We toasted with Al’s sherry.

Peg selected the Jamison Hotel for the “reception,” a place far in the mountains where the dress code was wife-beater undershirts and the all-you-can-eat buffet was on top of Bunson Burners in big aluminum trays for $8.50 per person. A pitcher of cold lager cost $3.00. I can tell you the ham and green bean dish was delicious. An eight-point buck’s head looked down at us from its wall mount. An old guy from the bar came in and played his harmonica so we could waltz the bride.

Last spring Ed lost his job in the recession. Now he and Peg are both uninsured. But in the four years that Ed and Peg have been married, they have been content. Willie Nelson instead of Puccini? — no problem. Whatever my wife wants, Ed continues to say. And soon, of course, there will be Medicare.

Shirley Lupton has been a contributing writer and photographer for Aishti, a Middle Eastern lifestyle, fashion and travel magazine published in Beruit, Lebanon. Her work has also appeared in the Irish Herald, San Francisco, and in the Baltimore Sun. Shirley is a member of Margaret Osborn’s Deepdeen Writers’ group, which is were we met a few years ago. I’m happy to report that her witty contributions have become a popular feature on this blog. 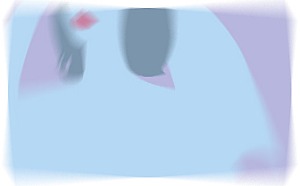 Married in haste in late June, 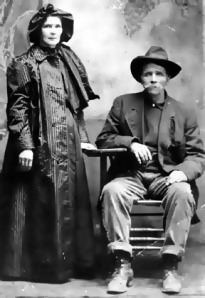 “The particular charm of marriage is the duologue, the permanent conversation between two people who talk over everything and everyone.”

A Girl, a Wedding, and a Weapon

My dad’s most prized possession, a Kentucky rifle, held a place of honor over the living room fireplace. When I was young, the rifle was longer than I was tall: four and a half feet long, ten pounds of steel, wood and brass, a real beauty. Growing up, every important family photograph was shot in front of the fireplace with the rifle hanging above us. When it was time for me to marry and rain forced the wedding from my parents’ garden into the living room, of course my husband and I would pose in front of the Kentucky rifle.

As a child, I had thought every family had weapons hanging on their walls. The collection began when my dad sent home a variety of German and Italian pistols from Europe in WWII. Dueling pistols, Derringers, and Dragoons were among the hundred weapons that were mounted on the den walls. (The guns and swords that confronted my dates may explain why I had few second dates in my teens.) But in 1972, a handsome Marine stood up to the power of my dad’s arsenal. And, one year later, as the rain poured, our guests gathered around us in the small living room and some peeked in from the porch windows; we exchanged our vows before the fireplace. The rain and packed rooms didn’t bother me. I had a perfect wedding day. Only when I got the photographs did I complain. The fault was not a crooked smile or red-eye in the photos. No. The Kentucky rifle was missing. I asked my new husband what had happened. “Your maid of honor said the rifle suggested a ‘shotgun’ wedding. Your mom agreed.”

In 1995, my father gave me the Kentucky rifle. Not the typical rite of passage between father and daughter, I’ll admit. But, for me, the last treasure of my dad’s gun collection carries my dearest memories. We were sitting at his table at the Maryland Antique Arms Show, an annual tradition for 35 years. He was 78, and downsizing. Sadness filled his eyes as he sealed the deals that liquidated his collection. Only one item remained on the table all weekend, without a price tag. Then, on Sunday, he handed the rifle to me. “Take it home,” he said, and smiled.

By giving me the Kentucky rifle my dad affirmed all our cherished times together. Even so, when I look at it hanging in our home now, I still want a redo of our wedding photo.

Regina Wirtanen Buker resides in Northeast Baltimore and directs a non-profit homeownership program. A member of the Deepdene Writers, she is currently writing The Skytrain Pilot, a book about her father’s WWII service as a C-47 pilot. 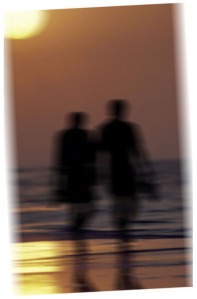 I was married in 1960 and divorced in 1967. Since that divorce 42 years ago — except for one 15-year live-in relationship that was marriage-like (or, if you prefer, marriage-lite) — I’ve been happily single. When someone asks me if I expect to ever marry again (which happens pretty often even at my advanced age) I usually reply that I would at least consider it, on one condition. I may well marry for the second time, I say, but only if I can find a woman who understands me — and is willing despite that. 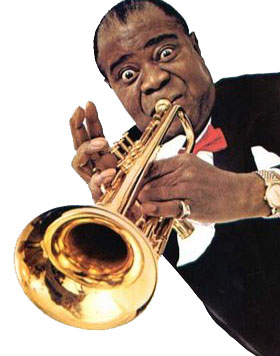 “Don’t marry any woman who don’t dig your horn.”

I overheard the following snatch of conversation between a young man and woman, strangers to me, while standing in line behind them at a Towson, Maryland, delicatessen. Since I was too busy reading the menu to consider writing it down, this was transcribed from memory. (And anyway, I never carry a pen or pencil.)

SHE: You’re doing it again.

SHE: Smiling to yourself. What’s that you’re thinking?

HE: It just popped into my head, I guess because your sister’s going to be a June bride and my brother’s getting married in October. I was thinking how much I love weddings—especially wedding receptions and the dancing and all—and how much I hate the very idea of marriage itself.

At that dramatic point in the dialogue the young folks (a couple?) gave their sandwich orders to the deli clerk and moved on, leaving me to wonder what happened next.