Adapted from: The Craft of the Playwright 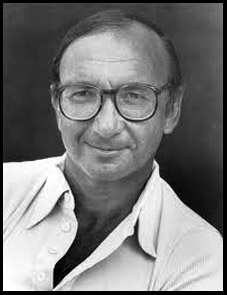 I like writing women very much. I have shared the confidences of women more than I have of men. Men are more close-mouthed about their real feelings, whereas women, if the situation is right, open up. It’s exotic for me to write about women, because they are so different.

But it always amazes me — when I get a director I like and who likes the play, he understands everything I mean, where the actor doesn’t. The reason I won’t direct a play is that I will watch what a director does and say, “I never thought of it quite that way.”

I have a number of directors that I work with frequently. I haven’t worked with Mike (Nichols) in a number of years, but I did do four plays with Mike, and I did four plays with Gene Saks and other people. You find someone that you have shorthand battles with — you know, you don’t have to have long discussions about it, because they know what you’re looking for. I don’t like to sit at rehearsals all day long, so I like to feel that I am being well represented.

I was going to say that as good a relationship as you can have with a director, and maybe even having had great success with him, it still depends on the play you’re doing. It’s like casting and acting.

I find that actors relate much more to the director than they do to me. I tend to sit back quietly and occasionally will throw in something to the director — less often to the actor. The actor is to me a peculiar person. I don’t mean that in a negative way. It’s one I don’t fully understand. They have a much different approach to the material. In the first place, most of the actors that I’ve worked with, they open the script, take the yellow pencil and go through all of their lines — which means to me that that’s what they think the play is about — the yellow lines, their part.

I just have to watch that process, and I see the director able to communicate to them in a way I can’t. I am much more direct in my attitude — if it were up to me, and they said, “How was that?” I would say, “Well, that just stunk. I thought it was really lousy.” I have to say that, because I say it to myself about my own work. It’s hard for me to be diplomatic and hands-off and know how to work with the actors. So I tend to shy away from them.

I’m naive and optimistic enough to think that plays will always be here despite the fact that it’s been a fairly grim season, and we’re losing more and more playwrights to films and to television — places where they’re guaranteed to make money. And the price of tickets makes it so difficult to put on certain kinds of plays that don’t promise to be a big smash hit.

Whenever I go to speak at a school, it’s rarely for the drama class. It’s always for a film class. There are so few drama classes that are interested in the theater. There’ll be about four kids in the group who are interested in plays, but most of them want to know about films. And they all want to direct — the cliché.

This entry was posted on Wednesday, August 31st, 2011 at 7:48 am and is filed under acting, actors, humor, playwriting, quotes, theater, writing. You can follow any responses to this entry through the RSS 2.0 feed. You can leave a response, or trackback from your own site.