Adapted from: It May Not Make History, But That’s Not The Point 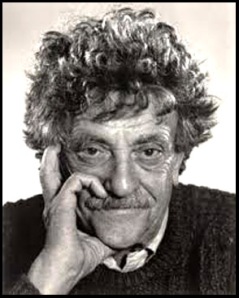 People ask me in these crazy times if I, like so many others, am writing a play that might influence the course of American history in the coming years, a la “Uncle Tom’s Cabin.” I have replied that no work of art can do that nowadays. It would be nice if one could, but forget it.

I wrote my play “Happy Birthday, Wanda June” in the 1960s, when another unpopular war, now generally acknowledged as having been cruelly nonsensical, in Vietnam, was going on. But the timing was purely coincidental. My inspiration wasn’t the My Lai massacre or the bombing of Cambodia or whatever, but my having just read about the homecoming of the hero Odysseus after an absence of many years, as described by Homer so humorlessly in his “Odyssey” nearly 3,000 years ago. Not exactly news of the day.

When my play was first produced in 1970 . . . . the Viet Nam war still going on and making more people than ever die . . . But I did not imagine for as much as a nanosecond that my burlesquing of blustery, blowhard tellers of war stories like Odysseus, or to some extent like Ernest Hemingway, would have the slightest effect on history . . . .  All I wanted then, and all I want now, whenever my play is revived, is that actors and a small audience, about 200 people . . . have a good time for 90 minutes or so.

Wherever I teach creative writing . . . I have never mentioned the possibility of changing the world for the better by means of a work of art. What I have tried to teach instead is sociability: how to be a good date on a blind date; how to show a total stranger a good time; or, if you like, how to run a nice restaurant or whorehouse. The same would have been my main lesson had I been teaching jazz.

What “Happy Birthday, Wanda June” confirms, I hope, is that contrary to Homer’s Odysseus, a war hero or hunter, a killer, is not the most glorious sort of person imaginable. Nor is it right, as Homer and Greeks of his time evidently believed, for a man to regard a woman, save for a witch or a siren, as an obvious inferior, as his God-given servant and property.

Has “Happy Birthday, Wanda June,” written 35 years ago now, become dated? It surely has in this way: One of the leading characters is a vacuum cleaner salesman. There really used to be such people, and they made good money too. Selling Electroluxes was the way my big brother Bernie put himself through MIT, all the way to a PhD. And then he went on to discover that silver iodide particles can make it snow or rain sometimes.

This entry was posted on Wednesday, September 28th, 2011 at 7:31 am and is filed under history, humor, playwriting, poetry, quotes, theater, writing. You can follow any responses to this entry through the RSS 2.0 feed. You can leave a response, or trackback from your own site.

One Response to Kurt Vonnegut On Playwriting