Adapted from: The Art of Theater No. 13 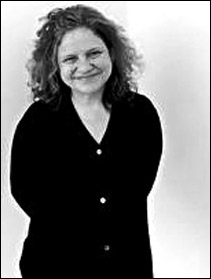 My mother was walking down the street and she ran into the receptionist from the June Taylor School of Dance, where I went as a child. The receptionist asked, How’s Wendy? My mother said, Well, I don’t know. She’s not going to law school, she’s not dating a lawyer; now she’s writing plays. She’s cuckoo.

I thought writing a full-length play was something I didn’t want to do and didn’t know how to do. It seemed old fogyish. But I was on a committee to evaluate the Yale School of Drama, and there was this young woman, a directing student, who told me that what she wanted to do was explode text. I thought of Miss Julie exploding over the Yale School of Drama saying, There goes The Sea Gull! I thought, Well, before you explode it you should know how to do it. I thought, I would just like to try to do this. If in fact playwriting is like stained glass, if it becomes more and more this obscure craft, then it would be interesting to know how to do that craft.

When you write in an episodic mode, you know that the scene will be over. The hardest part, what’s really boring, is getting people on and off the stage. You can’t just bring the lights down and bring them up again. Someone has to say, I’m leaving now . . . . That’s very hard to do. I always think structurally. But for The Sisters Rosensweig it was very hard going. In that play there are four scenes in the first act and three in the second. I should have combined the first two scenes.

I was very sad when The Sisters Rosensweig opened the first time. People like Merv and Gorgeous are fun to write; they’re nice to have in your apartment. They’re really good company. So when you discover those people, they’re talking and you’re not talking anymore. I remember the day I wrote the line for Gorgeous about Benjamin Disraeli being a Jewish philanthropist: I started laughing because I thought, That’s Gorgeous, there you go. The character, not my sister. If you stay with the actual people in your real life, it won’t work. It’s too constraining.

I learn things from watching and listening to people. I’m not much of a reader; I’m slightly dyslexic. Take Merv—he is someone I knew when I was eight years old . . . I remember going to someone’s bar mitzvah in Brooklyn with my mother and young niece. And you know when they take the Torah out? My mother said to Samantha, Quick, kiss the Torah before the rabbi takes it out for cookies and lunch. It was such a crazy image to me.

My plays start with a feeling. The Sisters Rosensweig started when I was living in London writing The Heidi Chronicles. I thought about Americans abroad, and somebody said to me, You’re terribly Jewish, just like my brother-in-law. It was that same feeling I had at Mount Holyoke, a little bit uncomfortable with myself. Like wherever I went I was always wearing a tiara with chinchilla.

I always think of new plays when I’m finishing one . . . . This is a darker play than The Sisters Rosensweig. My plays tend to skip a generation; this one is closer to The Heidi Chronicles, though it is also darker than that play.

This is one in a series that will post  on Wednesdays. If you’d like to read more about what people like Sam Shepard, Harold Pinter, Joyce Carol Oates and other famous — and not so famous — playwrights have to say about the art and craft of writing and directing plays, type “On Playwriting” into the small sidebar window and tap the “Search” button. (This is the second of a three-part post adapted from the Wendy Wasserstein interview in Paris Review. Part three will post next Wednesday.)