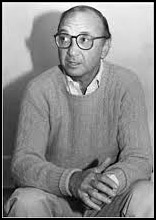 For years I’ve been trying to write the play of what happened to me and the seven writers who wrote Sid Caesar’s Your Show of Shows. But I’ve never got past page twenty-two because there are seven conflicts rather than one main conflict . . . . I didn’t have somebody to be serious, to anchor it. I always have to find the anchor. I have to find the Greek chorus in the play, the character who either literally talks to the audience or talks to the audience in a sense . . . . More recently, in the Brighton Beach trilogy, I’ve been literally talking to the audience, through the character of Eugene, because it is the only way I can express the writer’s viewpoint.

The writer has inner thoughts and they are not always articulated on the stage—and I want the audience to be able to get inside his head. It’s what I did in Jake’s Women. In the first try out in San Diego the audience didn’t know enough about Jake because all he did was react to the women in his life, who were badgering him, trying to get him to open up. We didn’t know who Jake was. So I introduced the device of him talking to the audience. Then he became the fullest, richest character in the play, because the audience knew things I never thought I would reveal about Jake—and possibly about myself.

Steven Spielberg, who had gone to see Brighton Beach, got word to me, suggesting the next play should be about my days in the army. I was already thinking about that and I started to write Biloxi Blues, which became a play about Eugene’s rites of passage. I discovered something very important in the writing of Biloxi Blues. Eugene, who keeps a diary, writes in it his belief that Epstein is homosexual. When the other boys in the barracks read the diary and assume it’s true, Eugene feels terrible guilt. He’s realized the responsibility of putting something down on paper, because people tend to believe everything they read.

I’ve always felt like a middleman, like the typist. Somebody somewhere else is saying, This is what they say now. This is what they say next. Very often it is the characters themselves, once they become clearly defined. When I was working on my first play, Come Blow Your Horn . . .  I wrote a complete, detailed outline from page one to the end of the play . . . . I didn’t get past page fifteen when the characters started to move away from the outline. I tried to pull them back in . . . . They said, No, no, no. This is where I want to go. So, I started following them. In the second play, Barefoot in the Park, I outlined the first two acts . . . .  I never got through that outline either. In The Odd Couple, I outlined the first act. After a while I got tired of doing even that. I said, I want to be as surprised as anyone else.

Part III of the Neil Simon series will post next Wednesday.

This entry was posted on Wednesday, July 11th, 2012 at 7:40 am and is filed under acting, actors, couples, dating, love, marriage, playwriting, quotes, relationships, theater, writing. You can follow any responses to this entry through the RSS 2.0 feed. You can leave a response, or trackback from your own site.