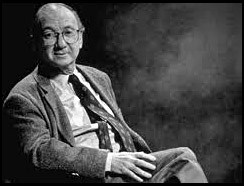 This will give you an indication of how little I thought my career would amount to. I thought The Odd Couple would probably be the end of my career, so it wouldn’t make any difference that I had used Felix Ungar in Come Blow Your Horn. It was a name that seemed to denote the prissiness of Felix, the perfect contrast to the name of Oscar. Oscar may not sound like a strong name, but it did to me—maybe because of the k sound in it . . . . k cuts through the theater. You say a k-word, and they can hear it.

I have this office. There are four or five rooms in it and no one is here but me. No secretary, no one, and I’ve never once in the many years that I’ve come here ever felt lonely or even alone. I come in and the room is filled with—as corny as it might sound—these characters I’m writing, who are waiting each day for me to arrive and give them life. I’ve also written on airplanes, in dentist’s offices, on subways. I think it’s true for many writers. You blank out whatever is in front of your eyes. That’s why you see writers staring off into space. They’re not looking at “nothing,” they’re visualizing what they’re thinking. I never visualize what a play will look like on stage, I visualize what it looks like in life. I visualize being in that room where the mother is confronting the father.

I wrote my early plays at the typewriter because it was what writers looked like in His Girl Friday . . . . But my back started to get so bad from bending over a typewriter eight hours a day . . . so I started to write in pads. Then a curious thing happened. I was in England and found that they have pads over there with longer pages and thinner spaces between the lines. I liked that because I could get much more on a single page. At a single glance I could see the rhythm of the speeches. If they’re on a smaller page with wide spaces you don’t get a sense of the rhythm. You have to keep turning . . . . Sometimes I write on both sides of the page, but I always leave myself lots of room to make notes and cross things out. I’ll write about three pages, then go to the typewriter and type that out. Then the next day I’ll read those three pages again and maybe not like them and go back to the notebook—write it out, make changes, and then retype it. The typing is boring for me, but I can’t use a word processor. It feels inhuman. It seems to me that every script comes out of a computer looking like it was written by the same person. My typewriter has its own characteristics, its own little foibles. Even there, I black out parts and write marginal notes. I’d like it to be neat, but I don’t like to send it to a professional typist because they invariably correct my purposely made grammatical errors. I try to write the way people speak, not the way people should speak.

Part VIII of the Neil Simon series will post next Wednesday.

This entry was posted on Wednesday, August 15th, 2012 at 7:27 am and is filed under acting, actors, humor, images, playwriting, quotes, relationships, theater, writing. You can follow any responses to this entry through the RSS 2.0 feed. You can leave a response, or trackback from your own site.