Miss Rita, the older woman at the desk next to mine, is asking personal questions. That’s something she does every night. I’m 22 years old and this is my first serious job since being

discharged from the Army, two years ago. The inquiring Miss Rita and I are clerks in the Social Security Administration — I’m a new hire and she’s my trainer. We are working the 4:00 P. M. to 12:30 A. M. shift on the seventh floor of the Falconer Building at 414 Water Street in downtown Baltimore, two blocks from the harbor. The year is 1959, deep summer, and I’ve made a new friend.

The windows are open, three huge floor fans blowing at full power. If the temperature in the Falconer Building rises above 90 degrees, we’ll be sent home. Miss Rita and I sit in the cross-ventilation and flip SS-5 cards and scribble name and date-of-birth changes into huge metal-covered ledgers, delighted with each others company. 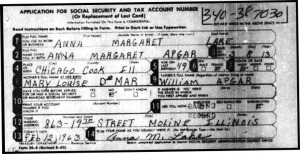 This photo of an actual Form SS-5 shows a Miss Apgar requesting that her name be changed to Mrs. Lake. (Click images for larger views.)

The evening passes to the rhythm of turning pages: flip, flip, scribble, flip, flip, scribble, scribble, flip. Against the background of dirty brick walls, scores of other clerks’ bend to the identical task. The oily aroma of Baltimore harbor wafts in the windows and, when the wind shifts, pungent odors come from the nearby wholesale fish market. The whirring fans cool our necks and blow the occasional card from desk to floor. The strange sound of bat wings flutter in one window and out another. There is a gentle rustling noise as rat’s forage for sandwich crumbs in waste baskets.

At the moment, Miss Rita’s job is to introduce me to the mysteries of entry-level clerking in the Numerical Register Section of SSA — and, it seems, to trade work information for personal tidbits. With anyone else her intimate prying might be offensive, but, somehow — I guess because of her odd sense of humor — it’s just harmless fun. Miss Rita’s constant stream of chatter, spiced with sexy double meanings, makes the long evenings of repetitive work bearable. In fact, they are downright entertaining. Anyway, in my case, there is not much of a private life to expose — I ‘m still in the process of trying to develop one. Somehow I manage to keep Miss Rita interested by making up outrageous but plausible tales about my exploits. She seems to especially enjoy the lies (these days we might call them “creative non-fictions”) that I tell about the erotic adventures of my mother, a born-again Christian, who would have been shocked if she knew that her son used her fictional life for creative inspiration. Perhaps Miss Rita identifies with my stories because she and my mother are about the same age. 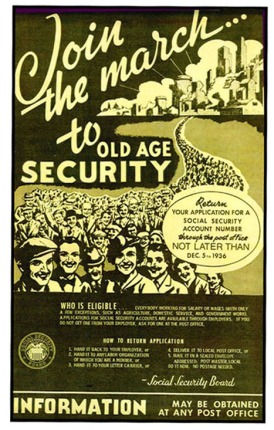 SSA headquarters — Miss Rita gives me the grand tour. She points out the freight elevator which, she says, I can use at peak load times during shift changes, when the passenger elevator is often overwhelmed. She shows me the stairs and says they’re handy because the freight elevator only goes to the 5th floor. She doesn’t comment on the empty booze bottles in the stairwell, nor does she explain the sleeping drunk. Our “cafeteria” is located by the elevator door on the 4th floor. That is, at 9 o’clock each evening an old man gets off the elevator and stands there selling cold sandwiches out of a large cardboard box. Finally, Miss Rita gives me a booklet explaining what is expected of me in terms of production and conduct. The publication also has a small map showing the location of the men’s room and fire exits. I can use the restroom anytime, Miss Rita says, provided it isn’t too often.

As we young male clerks arrive early for the evening shift, we often gather to watch strippers sunbathing on the low roof of the nearby Gayety Show Bar, the keystone of Baltimore’s infamous “Block” of sleazy nightclubs clustered nearby. When the women are up there relaxing between shows we all go a little crazy. The younger clerks in the Numerical Register Section — male and female — are friendly, and I am quickly drawn into a sort of loose-knit social club. After our shift finishes at 12:30 A. M., few of us want to go home to bed — we’re still too primed with youthful energy — so most nights a meeting is called for a party or card game at someone’s home or apartment. Or we go out on a sort of group date, which usually involves bar-hopping, the only form of entertainment available at that hour. Some nights we simply cruise the city and talk until dawn at an all night diner. Often, I drop into bed at first light or later, sleep until two in the afternoon, then get up to start the work/play cycle again. Some of my new friends have been living this way for several years, but the fun will last only a few months for me. I have “EOD’d” (Entered On Duty) at the end of an era. The whole of SSA’s scattered downtown headquarters is scheduled to consolidate in a modern complex in the western suburbs of Baltimore in January of 1960, only a few months hence.

Well before we leave the city, though, it comes to pass that my social life is greatly enriched as a direct result of information provided by Miss Rita. She tells me that a particular young lady, another Numerical Register clerk, is interested in me beyond mere friendship, and before long I am involved in my first “adult” relationship. I reward Miss Rita by continuing my stories, now more fact than fiction, and much more titillating than ever. I even expand the scope of the tales to include many of my young and ever-horny (at least in my creative telling) coworkers. And I notice that Miss Rita’s interest in our escapades become more intense the closer I stick to real life, which I take as a literary lesson. So as I become a better clerk, I also sharpen my narratives. Miss Rita especially likes to hear my juiced-up versions of our nocturnal forays to various “hillbilly” bars and other hotspots around town, and the house parties that follow into the wee hours, many of them ending in sleep overs. These stories require scant embellishment.

All of this happened more than a half-century ago. I spent 29 years with the Social Security Administration, taking an early retirement in 1988. Not long after the SSA headquarters moved to the suburbs, I realized that I didn’t want to spend the rest of my life flipping pages and scribbling in ledgers, so I took advantage of the Korean G. I. Bill and enrolled in evening art classes. That led to a temporary job in SSA’s drafting department, which in turn got me through what I called “the back door” of their large art department —where my first assignment was to help produce the original Medicare Handbook.

Living and working in the suburbs was O. K., but I never again had an experience quite so rich in character, or characters, or that made such an intense impression on me, as those nights in downtown Baltimore, flipping SS-5 cards and trading punch-lines with Miss Rita. 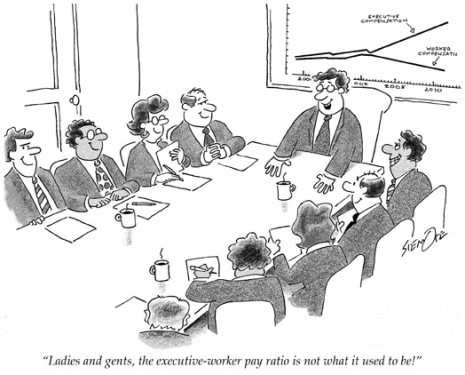 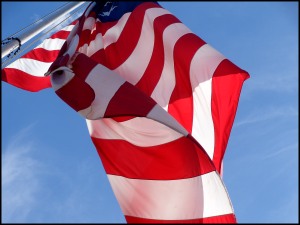