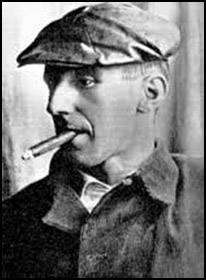 Our own period,  which is transforming nature in so many and different ways, takes pleasure in understanding things so that we can intervene. There is a great deal to man, we say; so a great deal can be made out of him. He does not have to stay the way he is now, nor does he have to be seen only as he is now, but also as he might become. We must not start with him; we must start on him. This means, however, that I must not simply set myself in his place, but must set myself facing him, to represent us all. That is why the theatre must make what it shows seem strange.

It is an oversimplication if we make the actions fit the character and the character fit the actions; the inconsistencies which are to be found in the actions and characters of real people cannot be shown like that. The laws of motion of a society are not to be demonstrated by “perfect examples,” for “imperfection” (inconsistency) is an essential part both of motion and of the thing moved. it is only necessary—but absolutely necessary—that there should be something approaching experimental conditions; i.e., that a counter-experiment should now and then be conceivable. In short, this is a way of treating society as thought all its actions were performed as experiments.

The coherence of the character is in fact shown by the way in which its individual qualities conflict with one another.

Observation is a major part of acting. The actor observes his fellow-men with all his nerves and muscles, in an act of imitation which is at the same time a process of the mind. For pure imitation would only bring out what had been observed; and this is not enough, because the original says what it has to say with too subdued a voice. To achieve a character rather than a caricature, the actor looks at people as though they were playing him their actions, in other words as though they were advising him to give their actions careful consideration.

Without opinions and objectives one can represent nothing at all. Without knowledge one can show nothing; how could one know what would be worth knowing? Unless the actor is satisfied to be a parrot or a monkey he must master out period’s knowledge of human social life by himself joining in the war of the classes. Some people may feel this to be degrading, because they rank art, once the financial side has been settled, among the Highest Things; but mankind’s highest decisions are in fact fought out on earth, not in the heavens; in the “external” world, not inside people’s heads. Nobody can stand above the human race. Society cannot share a common communication system so long as it is split into warring classes. For art to be “unpolitical” means only that it should ally itself with the ruling group.

This entry was posted on Wednesday, October 23rd, 2013 at 4:38 am and is filed under acting, actors, audience, characters, class, conflict, philosophy, playwriting, quotes, relationships, writing. You can follow any responses to this entry through the RSS 2.0 feed. You can leave a response, or trackback from your own site.