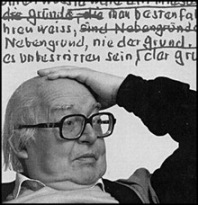 Doubtless the unities of time, place, and action which Aristotle . . . derived from Greek tragedy constitute the ideal of drama. From a logical and hence also aesthetic point of view, this thesis is incontestable, so incontestable indeed, that the question arises if it does not set up the framework once and for all within which each dramatist must work.  Aristotle’s three unities demand the greatest precision, the greatest economy, and the greatest simplicity in the handling of the dramatic material. The unities of time, place, and action ought to be a basic dictate put to the dramatist by literary scholarship, and the only reason scholarship does not hold the artist to them is that Aristotle’s unities have not been obeyed by anyone for ages. Nor can they be obeyed, for reasons which best illustrate the relationship of the art of writing plays to the theories about the art.

No matter how abstract an aesthetic law may appear to be, the work of art from which it was derived is contained in that law. If I want to set about writing a dramatic  action which is to unfold and run its course in the same place inside of two hours, for instance, then this action must have a history behind it, and that  history is the story which took place before the stage action commenced, a story  which alone makes the action on the stage possible. Thus the history behind Hamlet is, of course, the murder of his father; the drama lies in the discovery of that murder. As a rule, too, the stage action is much shorter in time than the event depicted; it often starts out right in the middle of the event, or indeed toward the end of it. Before Sophocles’ tragedy could begin, Oedipus had to have killed his father and married his mother. The stage action condenses an event to the extent to which Aristotle’s unites are fulfilled; the closer a playwright adheres to the three unities the more important is the background history of the action.

The one-act play obeys the unities still, even though under a different condition. The plot is dominated by a situation instead of by history, and thus unity is once again achieved.

Comedy—insofar as it is not just satire of a particular society as in Moliére—supposes an unformed world, a world being made and turned upside down . . . . Tragedy overcomes distance; it can make myths originating in times immemorial seem like the present to the Athenians. But comedy creates  distance; the attempt of the Athenians to gain a foothold in Sicily is translated by comedy into the birds undertaking to create their own empire before which the gods and men will have to capitulate. How comedy works can be seen in the primitive kind of joke, in the dirty story, which, though it is of very dubious value, I bring up only because it is the best illustration of what I mean by creating distance. The subject of the dirty story is the purely sexual, and, because it is purely sexual,  it is formless and without objective distance. To achieve form the purely sexual is transmuted . . . into the dirty joke. Therefore this type of joke is a kind of original comedy, a transposition of the sexual onto the plain of the comical . . . . Thus the dirty story demonstrates that the comical exists in forming what is formless, in creating order out of chaos.

The means by which comedy creates distance is the conceit. Tragedy is without conceit. Hence there are few tragedies whose subjects were invented. By this I do not mean to imply that the ancient tragedians lacked inventive ideas of the sort that are written today, but the marvel of their art was that they had no need of these inventions, of conceits.

If you’d like to read what playwrights such as Arthur Miller, Sam Shepard, Joyce Carol Oates, and others, have to say about the art and craft of writing for the stage, type “On Playwriting” into the small sidebar window and tap the Search button. 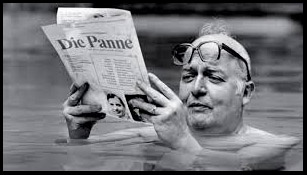 I would ask you not to look upon me as the spokesman of some specific movement in the theatre or of a certain dramatic technique . . . nor to believe that I knock at your door as the traveling salesman of one of  the philosophies current on our stages today, whether as existentialist, nihilist, expressionist, or satirist, or any other label put on the compote dished up by literary criticism. For me, the stage is not a battlefield for theories, philosophies, and manifestos, but rather an instrument whose possibilities I seek to know by playing with it.

The problems I face as playwright are practical, working problems, problems I face not before, but during the writing. To be quite accurate about it, these problems usually come up after the writing is done, arising out of a certain curiosity to know how I did it . . . I risk disappointing the general longing for something profound and creating the impression that an amateur is talking. I haven’t the faintest notion of how else I should go about it, of not to talk about art like an amateur. Consequently I speak only to those who fall asleep listening to Heidegger.

The artist indeed has no need of scholarship. Scholarship derives laws from what exists already; otherwise it would not be scholarship. But the laws thus established have no value for the artist, even when they are true. The artist can not accept a law he has not discovered for himself.

Literary scholarship looks on the theatre as an object; for the dramatist it is never something purely objective, something separate from him. He participates in it. It is true that the playwright’s activity makes drama into something objective (that is exactly his job), but he destroys the object he has created again and again, forgets it, rejects it, scorns it, reevaluates it, all in order to make room for something new. Scholarship sees only the result; the process, which led to this result, is what the playwright can not forget. What he says has to be taken with a grain of salt. What he thinks about his art changes as he creates his art; his thoughts are always subject to his mood and  the moment.

Perhaps a writer should never talk about his art, but once he starts, then it is not altogether a waste of time to listen to him. Literary scholars who have not the faintest notion of the difficulties of writing and of the hidden rocks that force the stream of art into oft unsuspected channels run the danger of merely asserting and stupidly proclaiming laws that do not exist.

If you’d like to read more of what playwrights such as Arthur Miller, Sam Shepard, Joyce Carol Oates, and others, have to say about the art and craft of writing for the stage, type “On Playwriting” into the small sidebar window and tap the Search button. 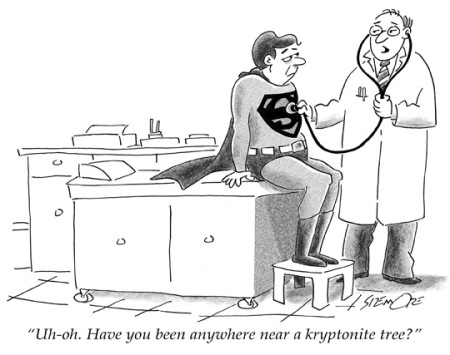