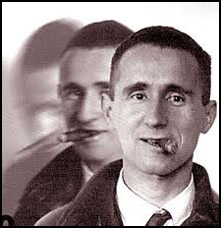 “Theatre” consists of this: in making live representations of reported or invented happenings between human beings, and doing so with a view to entertainment.

From the first it has been the theatre’s business to entertain people . . . It is this business which always gives it its particular dignity; it needs no other passport than fun, but this it has got to have. We should not in any way be giving it a higher status if we were to turn it, e.g., into a purveyor of morality; it would on the contrary run the risk of becoming debased, and this would occcur just as soon as it failed to make its moral lesson enjoyable, and enjoyable to the senses at that—a principle, admittedly, by which morality can only gain. Not even instruction can be damanded of it; at any rate, no more utilitarian lesson than how to move pleasurably, whether in the physical or in the spiritual sphere. The theatre must in short remain something entirely superfluous, though this also means that it is the superfluous for which we live. Nothing needs less justification than pleasures.

(W)hat the ancients, following Aristotle, demanded of tragedy is nothing higher or lower than that it should entertain people. Theatre may be said to be derived from ritual, but that is only to say that it becomes theatre once the two have separated . . . . when people speak of higher and lower degrees of pleasure, art stares impassively back at them; for it wishes to fly high and low and to be left in peace, so long as it can give pleasure to people.

Incorrectness, or considerable improbability even, was hardly or not at all disturbing, so long as the incorrectness had a certain consistency and the improbability remained of a constant kind. All that mattered was the illusion of compelling momentum in the story told . . . narrative is the soul of drama. 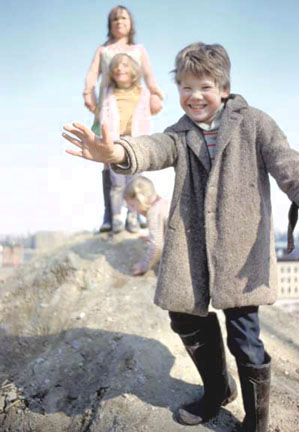 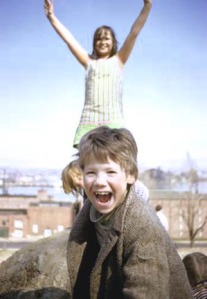 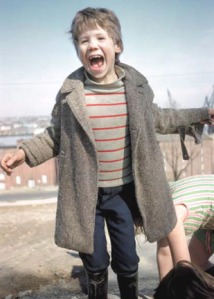 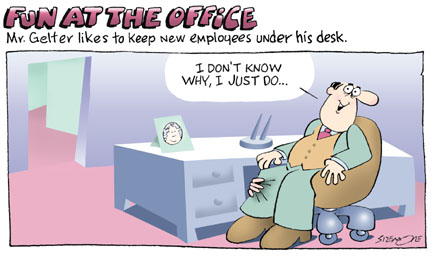 To purchase reprint rights for this cartoon, buy a print, or have it reproduced on T-shirts, mugs, aprons, etc., visit the CartoonStock website by clicking the sidebar link. If you would like to own the original of any of my selection of more than 500 gag cartoons, contact me for information about price and availability. My e-mail address is: jimscartoons@aol.com Copyright © 2008 Jim Sizemore.