The Physics of Pumpkins

“The top’s too heavy, too much space below,”
my neighbor says. “’Spect she’ll start sagging soon.”
He’d lugged the massive thing out front for me.
I realize with horror that he’s right.
I’d carved my share of pumpkins through the years,
protected them from predatory squirrels,
from Mischief Night marauders: hubris had
at last undone me. A slightly wider grin,
an extra tooth or two—I should have known
the plan was flawed, the architecture tenuous.
Before too long the carriage will collapse,
sides slump, rind pit and wrinkle, pulp dissolve
and putrify. The oblique eyes, the arching brows,
isosceles nose are doomed to droop and molder.
Look on those overweening teeth, ye mighty,
and descry their graying edges fold and sear,
like the striate skin of a stitched cadaver.
Now soon a press of princesses, pop stars,
pirates, pixies, vampires, ninjas, sprites,
enchanters, supermen, and bumblebees
will throng the street, importunate to take
their turn, while my poor jack-o-lantern, claimed
by gravity, sits rotting at the door
before I’ve even got the candle lit.

One Halloween night, when my friend Ellie and I were about eight or nine, we went trick-or-treating door to door around our neighborhood. This was in those dangerous days before parents hovered protectively behind their costumed children to make sure that they didn’t get snatched by predators posing as genial homeowners or receive apples lanced with razor blades. Back then, we two girls were alone as we approached a stranger’s house where a glowing porch light beckoned. I recall the house being set back among some trees, with a long, serpentine brick walk leading to an old-fashioned gabled portico, but such “memories” are no doubt later embellishments conjured up to match the eeriness of what happened there.

Ellie rang the doorbell. We were dressed as society ladies in our mothers’ long gloves and pearl necklaces (we loved playing dress-up), or maybe I was Peter Pan and Ellie was Wendy, as we were one year for a class play called “Midnight in the Library,” in which characters escaped from their books and frolicked on the stage. The light from the doorway must have fallen over a charming picture of childish expectation as we stood there with our innocent, upturned faces and outstretched paper bags. “Trick or treat!” But the woman who had opened the door didn’t offer us candy. Was she short and silver-haired or young, willowy, and brunette? I guess I’ve forgotten. Or else it was hard to make out the details of her figure, back lit in the frame of the door. Certainly we were dazzled when she leaned over and told us, conspiratorially, that she was a witch.

“And I have a gift for each of you. Hold out your hand.”

Of course we did. Into my palm she pressed two copper pennies, then two more into Ellie’s.

“These are magic pennies. Promise you won’t lose them.”

We nodded solemnly, conscious of the awesome power with which we were being entrusted. As we left, Ellie and I looked at each other: she was grinning and her eyes had a mischievous twinkle. Did we believe the pennies were really magic? I, at least, believed they might be. After all, we had read about magic in the Narnia stories and in The Hobbit and The Time Garden and The Enchanted Castle. And before those, there had been fairy tales, like Jack and the Beanstalk, which taught us that the world was filled with magic that one could stumble across at any time and that only grown-ups foolishly rejected. Now here was a grown-up who not only believed in magic but was herself a witch, proving what every child secretly wishes to be true.

I never put the pennies to the test: what if they failed, shattering my fragile faith, already under assault by life’s steady barrage of the banal and ordinary? But neither did I lose them. Every now and then, 55-odd years on, when I’m looking for something else, I come across a battered leather box in a bureau drawer and discover inside it an ornate, antique key, badly tarnished; several unmatched buttons; and a square plastic container, about one inch by one inch, through whose top I can see two copper pennies. All thoughts of my original purpose are crowded out by recollections of that night, my friend Ellie (does she still have her pennies?), and the remarkable woman who claimed to be a witch. I am old enough now to be such a witch—a short, silver-haired one—though, as I mentioned, it’s hard to catch children alone on Halloween anymore. Witches were probably scarce even in those long-ago days. Still, I can aspire to be the rare woman who passes along that truly magical gift. 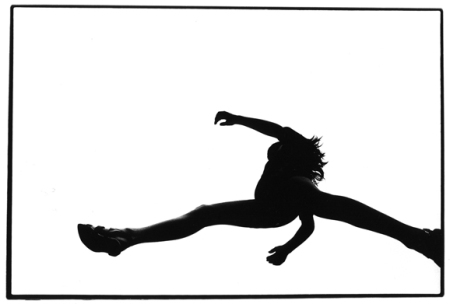 The “Hip Shots” series of photographs feature images that were grabbed “on the fly” with little regard for framing or focus. The object of the exercise is to create dynamic images, not perfect ones. With this shoot-from-the-hip method the more frames exposed, the better the chances are to come up with something interesting — in this case a related series arranged as a blog post.

When the little girl opened the door of her grandmother’s house she saw that there was somebody in bed with a nightcap and nightgown on. She had approached no nearer then twenty-five feet from the bed when she saw that it was not her grandmother but the wolf, for even in a nightcap a wolf does not look any more like your grandmother than the Metro-Goldwyn lion looks like Calvin Coolidge. So the little girl took an automatic out of her basket and shot the wolf dead.

Moral: It is not so easy to fool little girls nowadays as it used to be.

“The Little Girl and the Wolf”

Fables for Our Time and Famous Poems Illustrated, 1939

Click image to enlarge. These four cartoon characters, among others, were created to represent actual people who were somehow involved in the battle to defend Fort McHenry from the British on September 12-14, 1814. Three years ago, the images were published in a Jr. Rangers booklet at the fort. This composite image is now available for printing on mugs, t-shirts, and various other products at: zazzle.com. 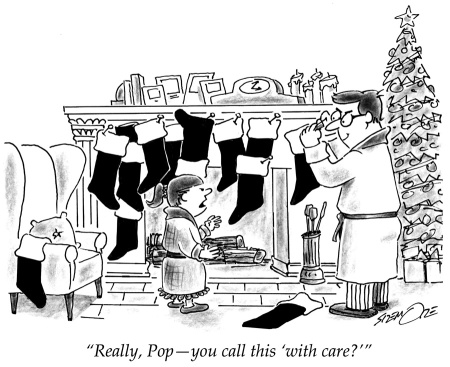