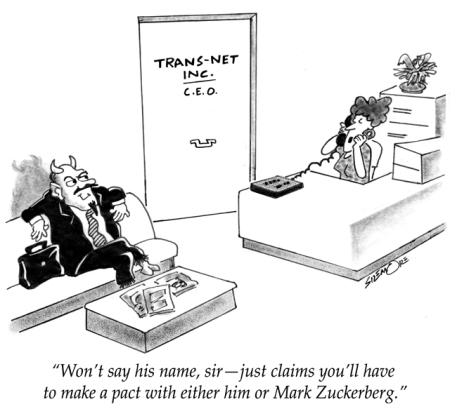 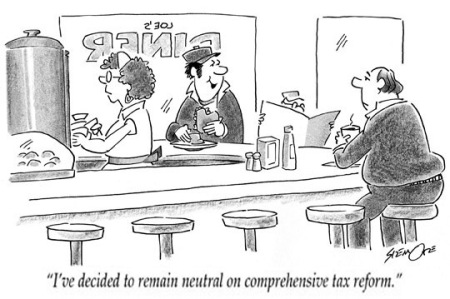 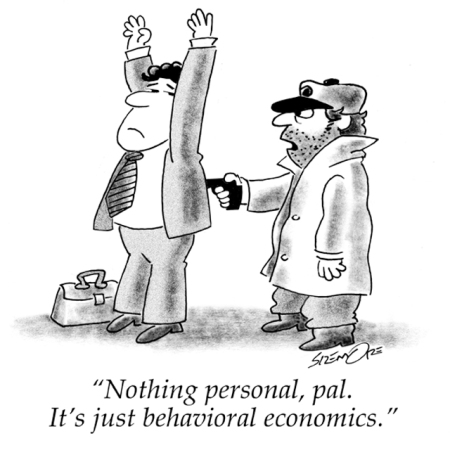 One Halloween night, when my friend Ellie and I were about eight or nine, we went trick-or-treating door to door around our neighborhood. This was in those dangerous days before parents hovered protectively behind their costumed children to make sure that they didn’t get snatched by predators posing as genial homeowners or receive apples lanced with razor blades. Back then, we two girls were alone as we approached a stranger’s house where a glowing porch light beckoned. I recall the house being set back among some trees, with a long, serpentine brick walk leading to an old-fashioned gabled portico, but such “memories” are no doubt later embellishments conjured up to match the eeriness of what happened there.

Ellie rang the doorbell. We were dressed as society ladies in our mothers’ long gloves and pearl necklaces (we loved playing dress-up), or maybe I was Peter Pan and Ellie was Wendy, as we were one year for a class play called “Midnight in the Library,” in which characters escaped from their books and frolicked on the stage. The light from the doorway must have fallen over a charming picture of childish expectation as we stood there with our innocent, upturned faces and outstretched paper bags. “Trick or treat!” But the woman who had opened the door didn’t offer us candy. Was she short and silver-haired or young, willowy, and brunette? I guess I’ve forgotten. Or else it was hard to make out the details of her figure, back lit in the frame of the door. Certainly we were dazzled when she leaned over and told us, conspiratorially, that she was a witch.

“And I have a gift for each of you. Hold out your hand.”

Of course we did. Into my palm she pressed two copper pennies, then two more into Ellie’s.

“These are magic pennies. Promise you won’t lose them.”

We nodded solemnly, conscious of the awesome power with which we were being entrusted. As we left, Ellie and I looked at each other: she was grinning and her eyes had a mischievous twinkle. Did we believe the pennies were really magic? I, at least, believed they might be. After all, we had read about magic in the Narnia stories and in The Hobbit and The Time Garden and The Enchanted Castle. And before those, there had been fairy tales, like Jack and the Beanstalk, which taught us that the world was filled with magic that one could stumble across at any time and that only grown-ups foolishly rejected. Now here was a grown-up who not only believed in magic but was herself a witch, proving what every child secretly wishes to be true.

I never put the pennies to the test: what if they failed, shattering my fragile faith, already under assault by life’s steady barrage of the banal and ordinary? But neither did I lose them. Every now and then, 55-odd years on, when I’m looking for something else, I come across a battered leather box in a bureau drawer and discover inside it an ornate, antique key, badly tarnished; several unmatched buttons; and a square plastic container, about one inch by one inch, through whose top I can see two copper pennies. All thoughts of my original purpose are crowded out by recollections of that night, my friend Ellie (does she still have her pennies?), and the remarkable woman who claimed to be a witch. I am old enough now to be such a witch—a short, silver-haired one—though, as I mentioned, it’s hard to catch children alone on Halloween anymore. Witches were probably scarce even in those long-ago days. Still, I can aspire to be the rare woman who passes along that truly magical gift. 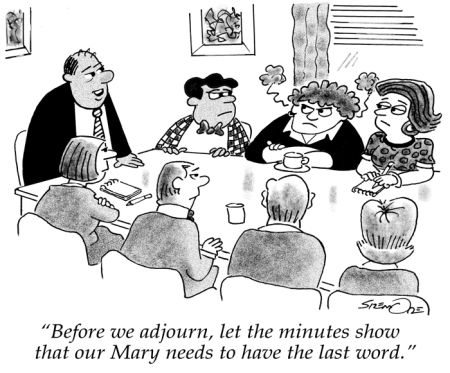 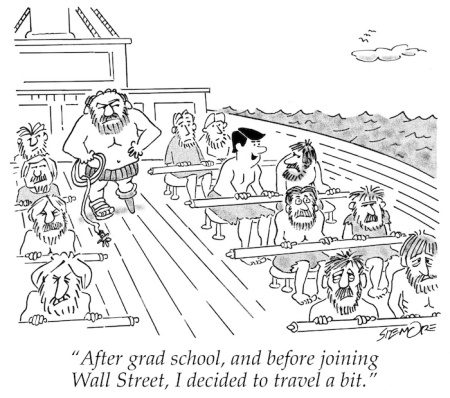 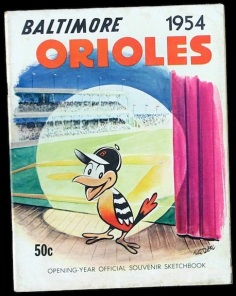 I’m in my bedroom, lights out. It’s my mother’s third-floor apartment on Linden Avenue, two blocks south of North Avenue. Ernie Harwell’s words seem to float to me out of the glowing orange dial of my tabletop radio. The small fan next to it is set on high with scant effect in the humid heat. Ernie is telling me—play-by-play—that our new Baltimore Orioles are losing another game at Memorial Stadium. But that’s okay, at last we finally have a big league team. Thank goodness the radio is loud enough to muffle the voices of my mother and her new boyfriend, William “Wild Bill” Denton. They are in their bedroom arguing about money. 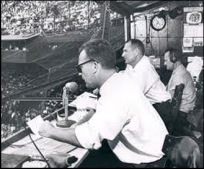 Meanwhile, I peer out of my window at the couple across the street in their second floor apartment, rolling around on what appears to be a daybed. It can’t be a regular bed, because it’s low enough to fit just below the lip of the windowsill. They’re covered by a white sheet, out of which an occasional pale body-part juts. I guess they’re trying to catch what little cool air there is. My one wish is that if I watch long enough, the sheet will magically work its way off and slide to the floor. They must believe—like radio’s Lamont Cranston, aka The Shadow—that they have “the power to cloud men’s minds,” making them all but invisible.

In the summer of 1954 I was sixteen, my seventeenth birthday due in early October. When I was twelve, after many years of violent conflict, my parents had separated. Over the next four years I was farmed out to various relatives in Maryland, Virginia and Kentucky—mostly my three half-sisters’ families. But now I wanted to control my own fate and had worked my way back to Baltimore to share my mother’s home. It seemed like a good idea at the time.

It wasn’t long before I realized that “Mr. Denton,” as I called the small and wiry Wild Bill, was a problem. With regular construction work, he treated my mother and me pretty well. But a slack time in the building trades became an invitation to booze-ville for Mr. D. He needed my help with expenses, and seemed to resent me for it. I didn’t mind helping because I sold lots of newspapers out of a large green newsstand where North and Linden Avenues met—a dynamic corner with several streetcar and bus routes converging. I easily earned enough to help with food. At times I even managed part of the rent money. In fact, there were weeks when the only cash coming into the apartment was from my newspaper sales. I loved being able to help my mother financially. That summer—for the first time in my life—I felt like a grownup.

That said, I was edgy about our living arrangement. My mother was right back in a situation similar to the one we had experienced with my father, and once more I felt powerless to protect her. At some point, concern about the fights with Mr. Denton must have overcome what common sense I had, and I bought a large hunting knife, complete with scabbard. “Just in case.” One sweltering evening, during an extra-mean fight when he grabbed her—or at least grabbed at her—it all happened too fast for me to be sure—I wound up face to face with Wild Bill. It was all very confused; I was in some sort of frenetic daze. Mostly I remember forcing myself in between them, he and I spitting out blasts of profanity. Despite my bad case of the shakes, I somehow found the courage to pull my shirttail up to display the weapon, and at that the action slowed to a sweat-like trickle. Then my mother’s desperate pleas from the sidelines shut our little scene completely down.

The very next morning, my mother sat me down for The Talk. We quickly agreed it was time for a change—that I had to move on again. My only good option was the military, but since by law I was still a minor, she had to sign so I could enlist. And of course she did. My induction date was set for early October—all I needed do was to survive the rest of that summer.

On the nights my Baltimore O’s were far behind, I’d turn the radio off and go to sleep. Other times I’d leave it on, very low, and let Mr. Harwell’s southern-accented voice lull me to sleep. And there were those nights—the Orioles ahead or behind—when I was just too wound-up to nod off.

Then, inspired by the drawings of the Morning Sun cartoonist, Jim Hartzell—especially his animated Oriole Bird sketches—I’d try to make up a cartoon about the game I’d just heard on the radio; the drama and frustration and elation of it all. I’m sure the images—the best of which I would eventually find the courage to send to Ernie Harwell—were crude and amateurish, little more than sketches, doodle-like. But I worked hard to make the ideas better than the visuals—and I hoped, funnier. Of course they were never near the professional quality of a Jim Hartzell cartoon. Up to then, my only art training had been finger-painting in elementary school. When I sent my first batch of “work” to Ernie Harwell, care of WCBM, I didn’t expect much. I certainly didn’t expect Ernie’s voice, a day or so later, saying my name on the radio. He praised my cartoon idea and even the drawing. I was shocked.

After I’d mailed in more drawings, Mr. Harwell shocked me again. Again he spoke to me by name and praised my work. But this time he also invited me to visit Memorial Stadium. He even gave me a phone number to call for my free pass to the game of my choice. Plus the biggest prize of all—a special pass that would get me into the broadcast booth. On the appointed day I remember being at the stadium, walking the steep ramp to the upper levels, running down the hallway to the broadcast booth. I knocked on the unmarked door and 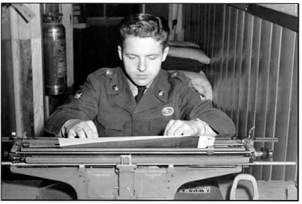 was admitted, out of breath and in an emotional fog. I know I spoke to Mr. Harwell, his partner Bailey Goss and a radio sound tech guy, but I don’t remember what anyone said. When the meeting was over—it seemed to have gone by so quickly—I do remember Mr. Harwell announcing to his radio audience: “This young man is going into the army in October, and I’m very proud of him, as we all should be.” Then, winking at me, he smartly saluted.

60+ years on I view the summer of 1954 as a mash-up of bad and good. Sure, I lost the dream of a fresh start with my mother, but on the other hand I learned that—to coin a cliché—growing up simply means moving on. And yes, the Orioles lost 100 games that first season, winning only 57. But, thanks to those O’s being there for me, and Mr. Harwell’s encouragement, and discovering the cartoon work of Jim Hartzell—plus moving on to three years of interesting military experiences—I gained a glimmer of several career possibilities. Even today I’m still on the path to—to what? Well, for one thing, I think I’m smart enough now to know that it’s always too soon to speculate about what may come next. The one thing I do know is that I’m really curious to discover what it may be.

This is an edited re-post.

Thanks to Florence Newman for her expert help on this essay. 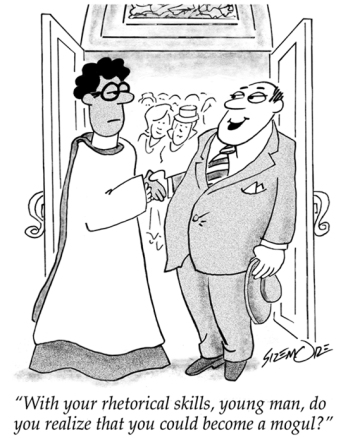 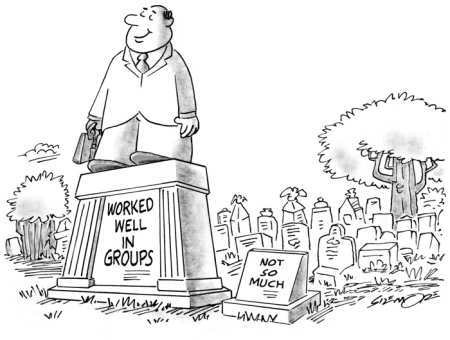 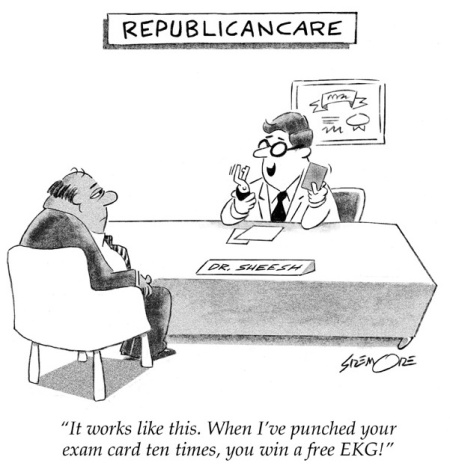