It’s 1957. A guy holding a newspaper goes into his favorite bar.  It’s my Uncle Lando, an ex-boxer in his mid-40s, but still full of vigor and still a performer.  As reported to me later, he’s excited about what he found in the paper:  a letter by one of his favorite nieces—me. “Hey, guys, my niece is in the paper!” He then proceeds to read my letter, a solid right jab in defense of Elvis against the sucker punch that was landed the week before by Spike Wallace, the Pittsburgh Sun-Telegraph’s music critic.

Reading my letter across 50+ years, I concede that its logic is a little shaky, but its passion for Elvis is solid:  “When did you make your first million, Spike?  How many times have thousands of people screamed and yelled with joy over you? You are condemning a boy who is probably less than half your age, yet who has made in approximately one year more money than you could ever hope to see if you lived to be a hundred.”

So what began as an outbreak of teen-aged girls’ lust and hysterics, first infecting myself and my best friend Monica as we watched Elvis on TV that famous Sunday night in 1956, now had a public life.  I was officially an Elvis Fan (though my Elvis Complimentary Fan Club Membership Card was in my wallet long before this).  My printed defense of Elvis would become my first encounter with printer’s ink, something I love now as much as I loved Elvis then.  Elvis + Publication:  a match made in heaven.

But it was only Early Elvis I loved. Not Vegas Elvis. Vegas Elvis (1969 – 1976) was a pathetic nightclub singer, sweating in black leather or squeezed into bejeweled white jumpsuits.   By the time Vegas Elvis emerged, this Elvis Fan had spent the latter half of the 1960s and all of the 1970s as, first, an anti-Vietnam-war protester, then a Women’s Liberation activist and Philosophy teacher—Area of Specialty:  Existentialism.  Among the literati, politicati, and philosophicati, Elvis was gauche.  My lust for Elvis would have been embarrassing if it hadn’t already disappeared, thanks to Vegas Elvis.  (I still love that tender, tremulous voice when I hear it, though; it embodied all that I hoped for in a man. That and his pout.)

Yet an astonishing truth has emerged.  While my own Elvis lust vanished long ago, I’ve encountered another Elvis lust, an odd lusting for my Elvis lust: the passion of my family and friends for my legendary (if now non-existent) Elvis lust.  And that has not only survived but thrived.  Though I beg them to stop, they persist in depositing gaudy Elvis gifts on my English Tudor doorstep.

Herewith an incomplete catalogue of my Elvis gifts: a resin plastic Elvis brooch; a large Elvis neon-blue-light bar clock; Graceland: An Interactive Pop-up Tour (the most remarkable in my extensive collection of Elvis gift books); Elvis birthday cards and note cards; a cartoonist friend’s self-portrait as a guitar-playing Elvis; paper and painted tin posters of Elvis (always with plans of how-to-frame & where-to-hang); The Night of 100 Elvises Live! cd; a bottle of “The King” wine; an Elvis clutch bag and an Elvis umbrella; a framed collage of Elvis-related items ingeniously bordered in red glass lozenges to resemble a theater marquee; and of course, that famous “Elvis with Nixon” photo.  Someone also gave me expensive tickets for the 100 Elvises concert in Baltimore’s Lithuanian Hall last year—unfortunately held on a night when I had “another engagement.” There’s more, but merciful age does bring a level of forgetfulness.

I deduce, then, that by some as yet unnamed law of the physical or psychological universe, my own Elvis lust has morphed into a troubling addiction to Elvis products by people whom I love and about whose mental health I care deeply (along with my own).  So once more I’m sending out a “Stop!” plea—this time with some help from The King: “Don’t be cruel—Love me tender.  If not, you ain’t nothin’ but a hound dog.  And I swear on Old Shep’s grave, if it continues I’m gonna . . . Return to sender.”

Jo-Ann Pilardi is retired from Towson University where she taught Philosophy and Women’s Studies for 38 years.  A working class Italian from Pittsburgh, she moved to Baltimore in 1969 and was active in women’s movement groups through the 1970s. Currently, she teaches for TU’s Osher Institute, reads and writes, gardens, travels, and studies jazz piano (with a few segues into old Elvis tunes). 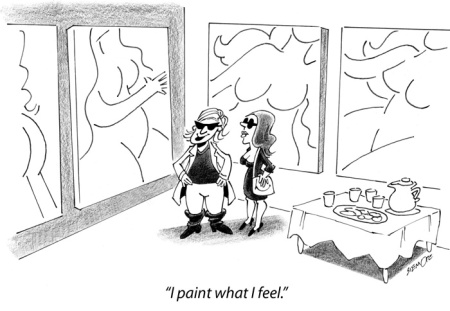 Occasionally, when I find myself in a fraught situation, a humorous thought may occur. This rather morbid one came to me in our kitchen during one of many verbal battles I had with an “ex” of mine. She Who Shall Remain Nameless was, for the umpteenth time in our relationship, emotionally out of control, and I remember visually measuring her proximity to me (it was a tiny kitchen) and to the counter on which stood an impressive rack of butcher knives. 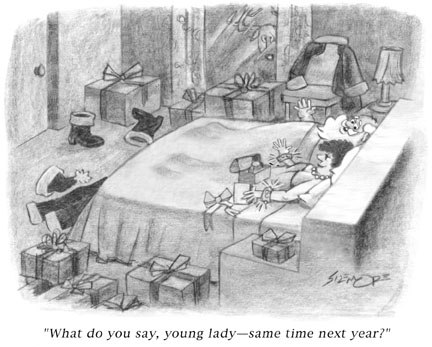