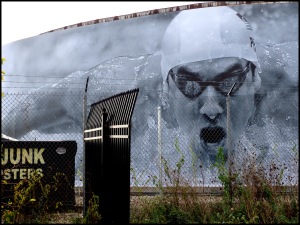 The “Hip Shots” series feature images that were grabbed “on the fly” with little regard for framing and focus. This group of photo-murals were pasted in strips on the sides of huge corn syrup storage tanks in Locust Point. You can view them up close from the Under Armor campus.

My Trip to Ernie

In his final days my younger brother Ernie did not—as Dylan Thomas wrote in his classic poem—”rage, rage, against the dimming of the light.” During his extended hospice care the only time he expressed anger about anything, least of all his dire situation, was when the Virginia traffic authorities tried to revoke his driving permit for backing into a handicapped sign in a parking lot. Ernie said that constituted a crime against his “God-given” right as an American citizen, and he wasn’t joking. But at least that story turned out well. After extensive eye, health and driving tests, his permit and tags were reinstated. And he kept driving for several months.

Ernie joked a lot. Sharp mind, witty mouth. And he was an excellent armature cartoonist. While he was in hospice care, he even suggested an idea for a gag cartoon and collaborated with me on it via our cellphones. Before sending it off to my distributor, cartoonstock.com, I also posted the finished product on this blog. If you check out his slightly dark gag you may understand how a person in Ernie’s circumstances—assuming a great sense of humor, might come up with such an idea.

When I visited Ernie very near the end of his life he took me on an “exiting” drive up the crazy windy roads from my home town of Covington, Virginia, to the Homestead Resort in Warm Springs. Even then, hunched down in his seat, his driving technique was mostly smooth and professional. Except, that is, the time he answered a call with the car in motion. I took a long beat and gently suggested that I’d appreciate it if he didn’t do it again. He didn’t, even though his phone signaled several times. He also drove back down the mountain with a short pullover at Falling Springs, Va., very near where our mother was born, so I could walk the short distance to view the beautiful 200-foot cascade. Ernie remained sitting in the car next to his mobile oxygen tank. Unlike in years past, the few steps to the view he loved were too many for him.

Ernie and I had been a creative team for a long time. That included a dish washing stint that began around ages six and eight. A year or two after the above picture was snapped, our mother began to stand us on kitchen chairs at the sink each day—sometimes twice a day—for our domestic chore; I’d wash and he’d dry.

No more chores with Ernie. I’ll never again talk with him on the phone once or twice a day, chat about this and that—family, baseball, and many other subjects. My younger brother (by 15 months), Ernest Berkley Sizemore, died one week before Thanksgiving on November 16, 2017.

Me and the Big Guy

It’s the early1960s. I’m driving home west to east on Northern Parkway from my GS-2 clerical job at SSA Headquarters in Woodlawn. We live in a small apartment in a new duplex on a street of old homes in Hamilton. That “we’ includes my wife and toddler son, but I’m also talking about “The Big Guy” who lives downstairs. That’s my nickname for him. He and his wife moved in after we did. My wife and I have a one-bedroom and she’s pregnant with our second son. Once home, my little family and I will sit down to a pleasant dinner. But, as usual, I’m really looking forward to later in the evening when my son is in bed, my wife relaxing and watching TV. That’s when The Big Guy usually calls me down to his apartment for several games of darts. He has his own dartboard and we play almost every night.

The Big Guy, who is 6’ 4’’and 230 pounds, is super-competitive. Me, I’m 5’ 8” and 150 pounds on a good day, but I can be pretty competitive myself—depending on the game. And I love darts. I get the idea that the Big Guy has too much time on his hands—which in his case translates into to plenty of time to practice darts. That’s because he’s sort of out of work—recovering from an injury to his shoulder. (Not the shoulder of his dart-throwing arm, thank goodness.) I guess being home with very limited physical or social activity all day, he’s ready for company—sort of lonely, you might say. So he asks often and I often agree. After many months, “competitive” or not, he still hasn’t managed to beat me at darts.

My darts friend is Jackie Burkett, a Baltimore Colt rookie. You may have heard of him. His wife, a very attractive “Southern Belle” is also a Jackie. They’re from Alabama. They met as kids in high school and both graduated from Auburn University. He was a star in all kinds of college sports, especially football—big-time famous at that. He was drafted by the Baltimore Colts as a linebacker, but was injured in a pre-season game. Jackie had surgery on his shoulder at Union Memorial Hospital on 33rd Street. My wife and I visited him there. We are all about the same age, so young, so very married, and we are pretty close. In fact, my wife’s parents are godparents for one of their kids. So what is he doing in my neighborhood at all? Well, rookie footballers don’t make a lot of money, so they tend to live in modest local areas with the rest of we civilians. Which is kind of nice.

Tonight’s dart game begins as usual; Jackie is full of fun and fire, joking around. It always starts this way. I’m thinking he’s over-confident as usual, despite or because of all of his lengthy practice sessions. I have no reason not to think that it will end as usual, too—after three or four games, me the big winner. But tonight the first game is very close—too close for comfort—and I only pull it out at the very end. The second game I also win. Game three? There is no game three tonight. Jackie has lost interest. This has not been his evening, and it’s even worse than usual. His stance is off, lower arm not level, his release point inconsistent, his follow-through nonexistent. So of course he loses again. After only two games, Jackie seems to somehow shrink in size. Not really sink, of course, but his shoulders slump when he loses. And with me he always loses at darts.

The next night Jackie suggests another activity altogether. He loves golf almost as much as football, and is really, really good at it—as I come to find out. Out of the blue, Jackie asks me to go along with him to a local driving range to, as he says, “slam a bucket” of balls. I have never hit a golf ball in my life, but with my natural physical ability/agility—darts, of course, and military marching moves: Right Face, Left Face, About Face, etc.—I figure I’ll be right at home. At least I’ll not make a fool of myself with the golf challenge. Long story short, I make a fool of myself. Jackie’s golf balls, even the weak drives, travel 200+ yards. He slams some in a straight line 300+ yards. All of mine, if I manage to make contact at all, trickle off the tee.

Many years have passed since we lived in Hamilton. My toddler and his brother are now grown men with their own families. I have Grandchildren and even a couple of great-grandchildren. My wife and I split up after a too-short marriage and I’ve lived many places and worn a number of hats in the interim. Jackie Burkett, well, he went on to play for the New Orleans Saints and the Dallas Cowboys. He co-owned a restaurant in New Orleans and was the marketing executive for an engineering firm. In politics, he became the Fort Walton County Commissioner. And his marriage remained intact throughout his life, his children and grandchildren close. Anyway you look at it, Jackie proved to be a winner.

As for me, it’s still all about the darts.

Thanks to Florence Newman who helped me shape this essay—suggesting changes and additions to greatly improve it. She understood what I was trying to do and helped me do it. Flo is another big winner in my life.

Postscript: It saddens me to report that Jackie Burkett died from leukemia, September 1, 2017, age 80. 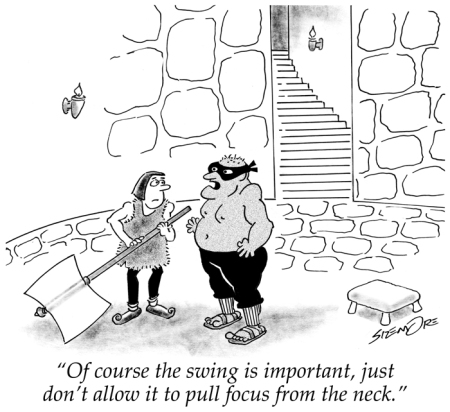 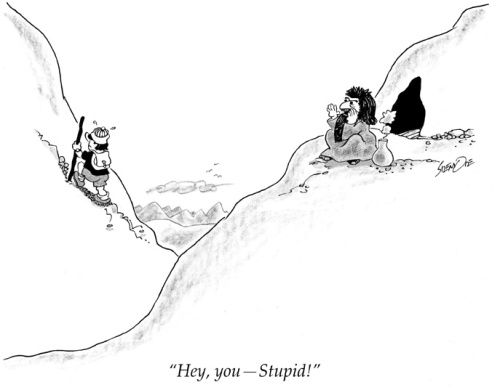 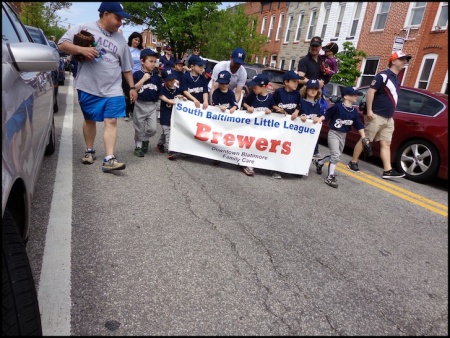 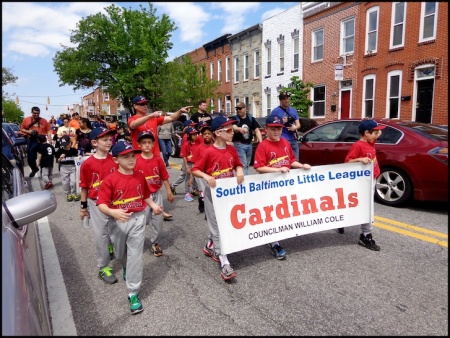 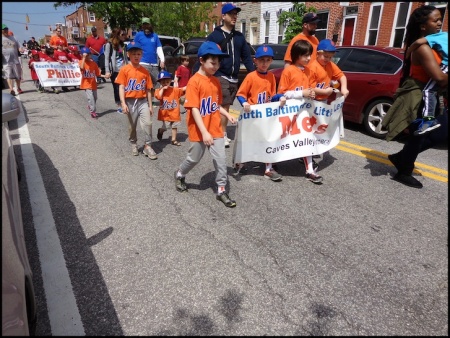 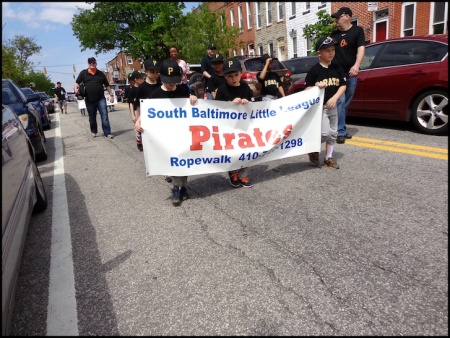 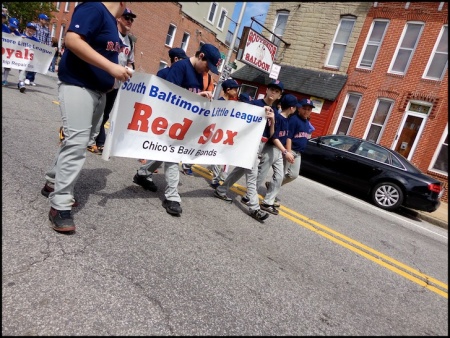 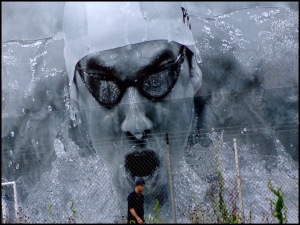 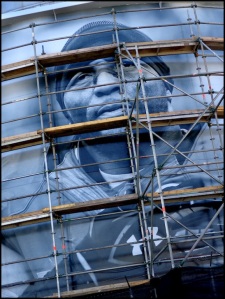 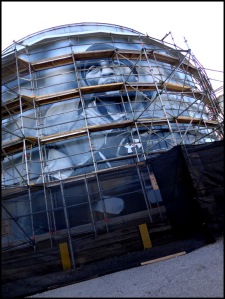